The Green Bay Packers search for a new defensive coordinator appears to be over. The new man in charge of the defense will be Joe Barry. 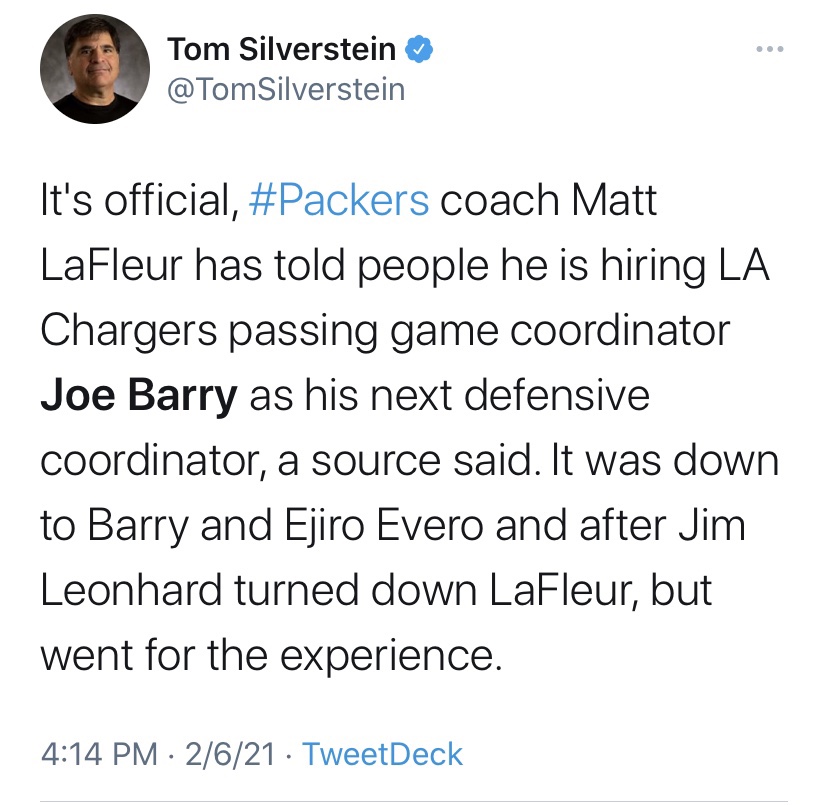 I’m happy that Jim Leonhard rejected the job offer, because like I said in my blog yesterday, I’m a bigger college person than I am pro, and it’s not even close. But….Let’s just say, I would have rather kept Mike Pettine than hire Joe Barry. I was hoping that LaFleur would hire Ejiro Evero as the new DC.

Joe Barry has been a Defensive Coordinator for four seasons, two with Detroit (2007-08) and two with Washington (2015-16). Here’s some stats for you on his four seasons, keep in mind, there’s only 32 teams (per profootballreference.com):

My buddy who’s a huge Washington fan texted me this evening saying: “Expect the defense to be even worse. He’s (an) awful coordinator. Doesn’t adjust, doesn’t use his personnel. Trash.”

I think a majority (if not all) of Packers fans aren’t happy with the decision of hiring Joe Barry.

I wonder if Matt LaFleur would bring in Wade Phillips as a “senior defensive assistant,” essentially a consulting role. Phillips, LaFleur and Barry were together on the 2017 Rams staff.