The Green Bay Packers have been looking for a new defensive coordinator since they chose to not renew Mike Pettine’s contract last week.

Jim Leonhard and Ejiro Evero are reportedly the two finalists for the job.

I know there are some Packers fans that aren’t familiar with Jimmy Leonhard. Here’s what Wisconsin’s defense has done in his five years on the staff, including the last four as defensive coordinator.

The irony that the Packers have pretty much refused to draft Wisconsin Badgers for years and are now trying to pull way the Badgers Defensive Coordinator.

The Badgers DC job is positioned for much better success. DC in the NFL is top of top, sure, but how do you have sustained success in today’s NFL?

I know Jim, Paul and Barry have talked succession plan, so Jim is head Coach in waiting at a top 10 college program in America. I initially believed he was taking these interviews as a formality.

As a Badgers fan (which I am, and a much bigger college person than pro), if we lose Leonhard, we lose any shot at the playoff over the next five years. Simple as that. I’m praying he’s doing this to get UW to open their pocket books to keep him around.

In other Wisconsin Badgers and Big Ten news, the conference officially announced the 2021 Big Ten schedule.

Here’s a look at every teams week-to-week schedule: 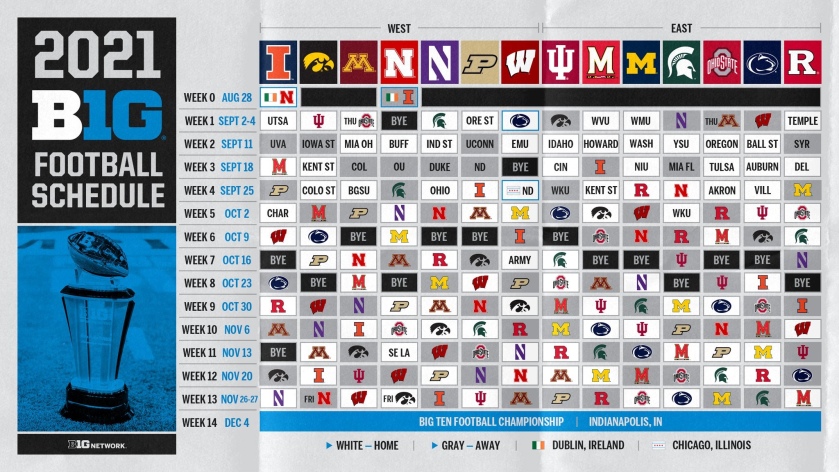