The University of Wisconsin Football program got some good news today.

Tight End Jake Ferguson, who’s also the grandson of Barry Alvarez, Linebacker Jack Sanborn and Cornerback Faion Hicks all announced they’d be returning for another season in Madison via Twitter, all within about 40 minutes of each other. 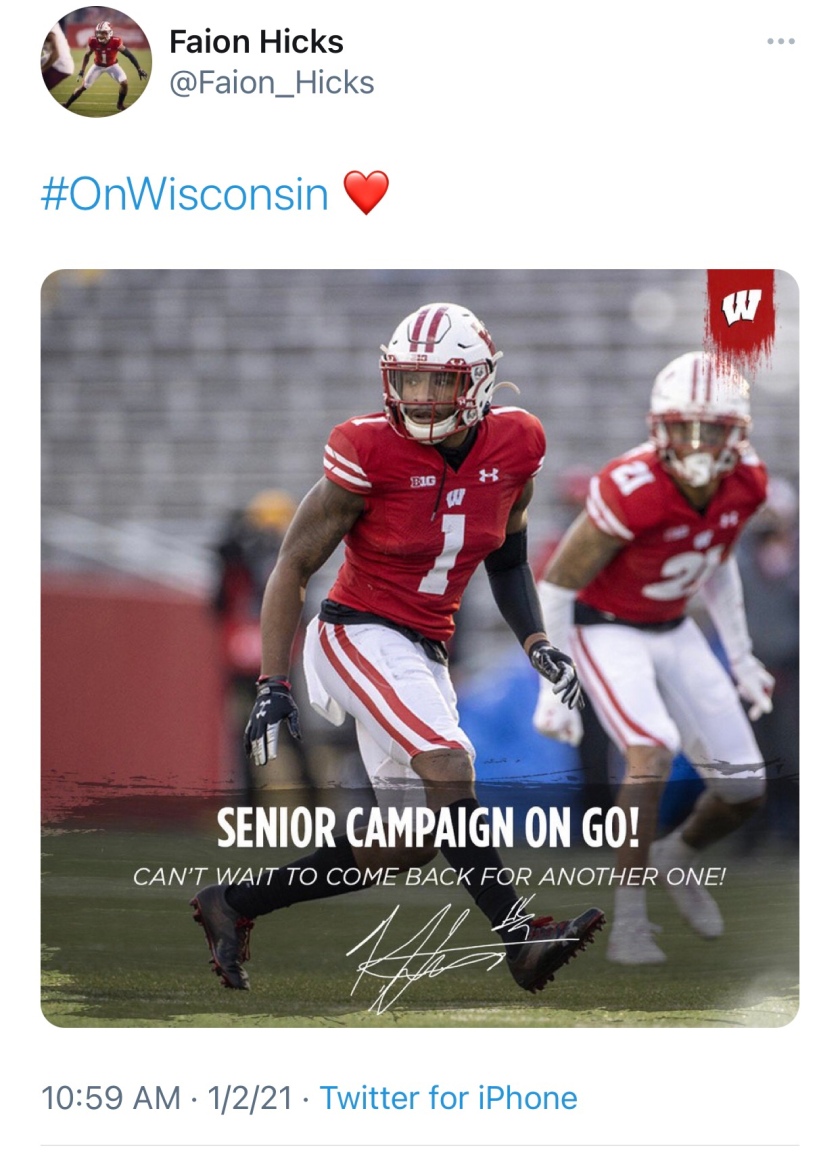 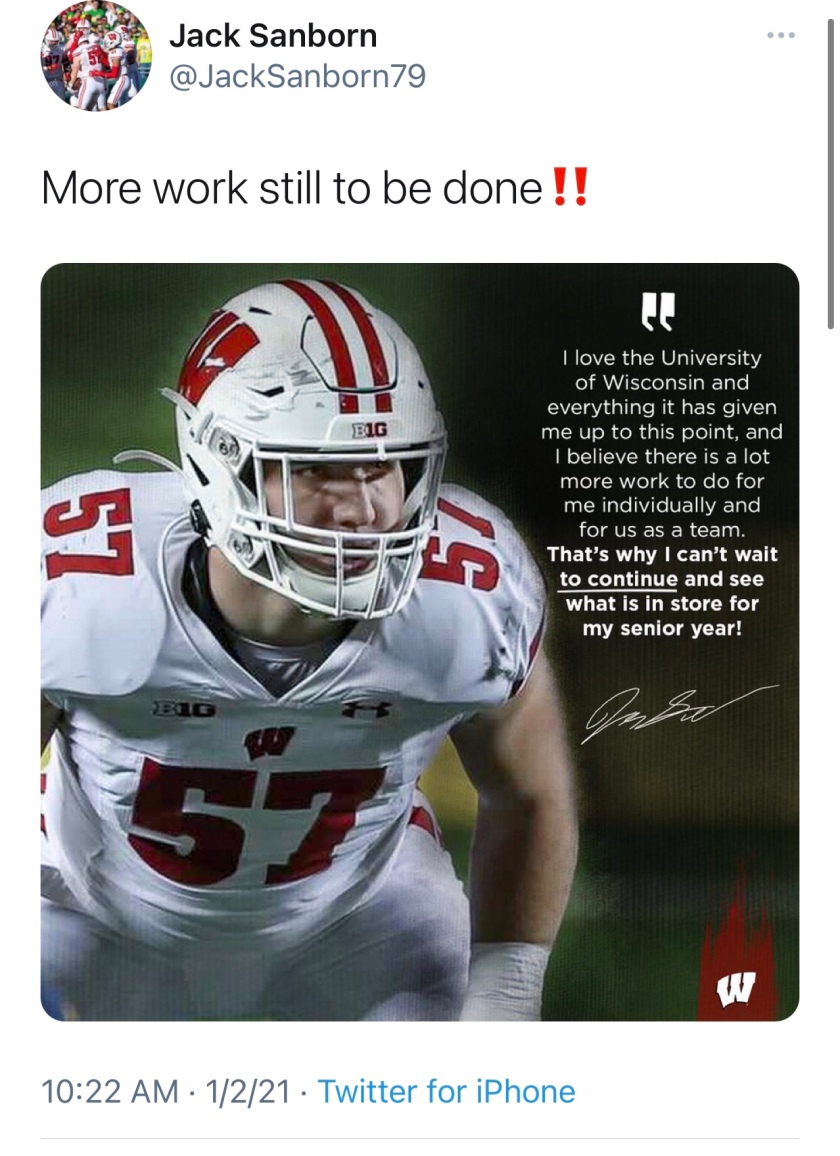 Ferguson, a first-team all-Big Ten selection, led UW with 30 receptions, yards (305), and touchdowns with 4. In his career, he has 99 receptions, 1,168 yards and 10 touchdowns. By returning, he’ll have a chance to statistically be the second most productive tight end in program history.

Sanborn also received All-Big Ten honors, while leading a top-10 UW defense in tackles. Sanborn also had a sack and four tackles for loss and was also named the Duke’s Mayo Bowl MVP.

We’ll find out more in the coming weeks if more people will decide to return or prepare for the NFL.