One of Wisconsin’s top cornerbacks is declaring for the NFL draft. In a Twitter post this morning, Junior Rachad Wildgoose announced he was forgoing his remaining eligibility and preparing for the next level. 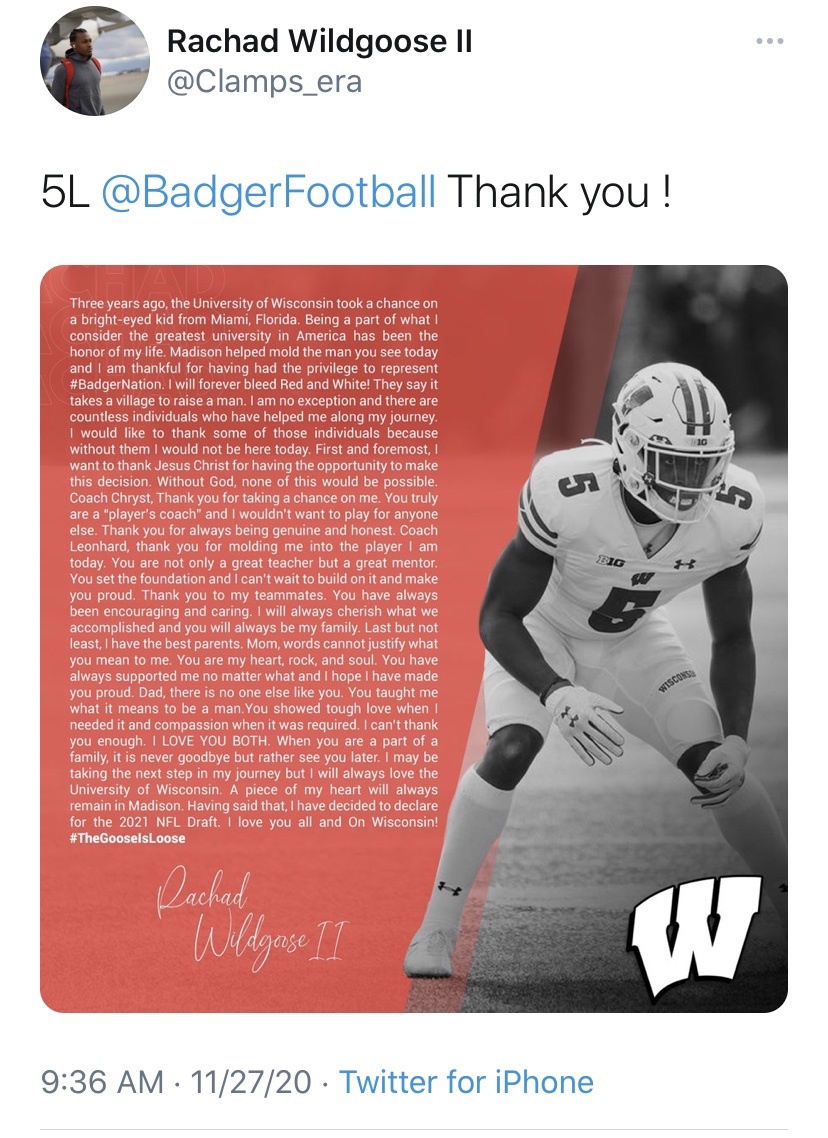 Wildgoose has started 17 started games in his three seasons with the Badgers, finishing with 57 tackles, five tackles for loss, 15 passes defended and one interception. He played in two of the three games for UW this year, but suffered an arm injury in the loss to Northwestern.

Due to COVID-19, this season is a free year in terms of eligibility for all football players. That means Wildgoose is leaving for the NFL Draft with two years of eligibility remaining.

It’s a good thing this 2020 Badgers team has depth at cornerback.