The Tampa Bay Lightning are your 2020 Stanley Cup Champions! 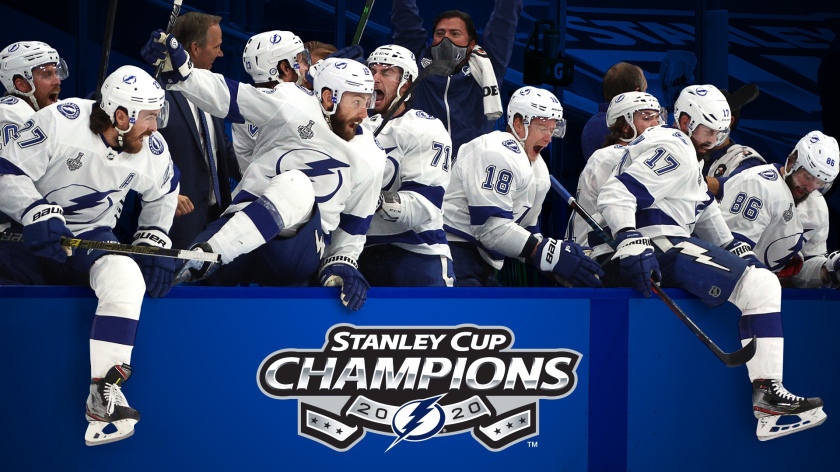 In the 2018-19 season, the Lightning had a historic regular season only to get eliminated in the first round by getting swept by the Columbus Blue Jackets.

This year’s Tampa Bay Lightning felt like the Virginia Cavaliers Men’s basketball team that endured a historic first round loss and went on to win the national championship the following season.

This year, a redemption tour after years of playoff heartbreak and historic upsets, the Lightning finally completed the complicated puzzle of the Stanley Cup Playoffs to get over the hump and win the championship, the franchise’s second Stanley Cup Championship (2004 was their first).

The Lightning overcame some demons and defeated the Columbus Blue Jackets in the first round, the Boston Bruins in the second round, the New York Islanders in the Eastern Conference Finals before taking down the Dallas Stars in the Finals in this manic marathon through two Canadian bubble sites that saw numerous overtime’s for the Lightning and plenty of drama.

Tampa Bay played every game, with the exception of game 3 of the finals, without Steven Stamkos, their best player and team captain. Tonight, at least, the Lightning played like they didn’t need him. The Lightning won game 6 tonight, 2-0, and dominated really from start to finish.

Tampa Bay defensemen Victor Hedman, who won the Conn Smythe Trophy as the postseason’s MVP, said in the postgame interview on NBC “That last period was probably the longest period of my life. There’s so many emotions at the same time.”

Hedman went on to say “We’re a different group. And it takes a lot to do this, but we’re coming home with the Cup.”