So Antonio Brown was suspended without pay for the first eight games of the season: 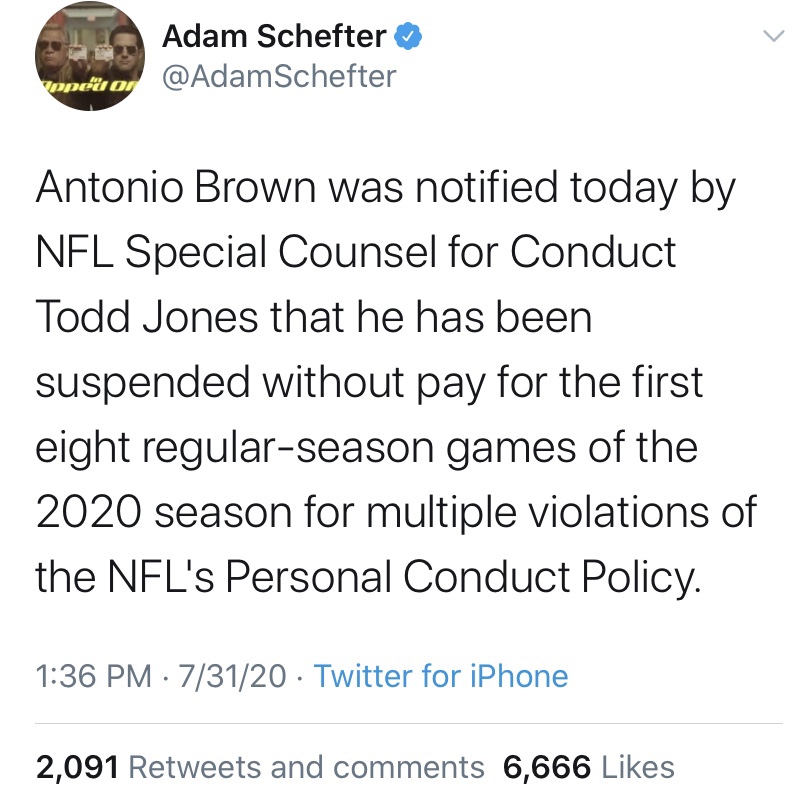 Antonio Brown did so many things that there’s no way to know exactly what he’s punished for.

In golf, Bryson DeChambeau said he’d like to live to 130-140 years old, which you can read the full statement here. I’ll take half that and call it a win.

In College Football, in a letter to Big Ten Athletic Director’s, commissioner Kevin Warren said “if we determine as a conference it is not prudent to compete in the fall of 2020, we will not do so.” Also, Big Ten will decide “within next five days” if preseason camp begins next week as scheduled.

The ACC and SEC announced in the last couple days that they are both doing 10-game conference schedules. Other Power-Five Conferences are also doing conference only schedules. Make it happen, College Football.