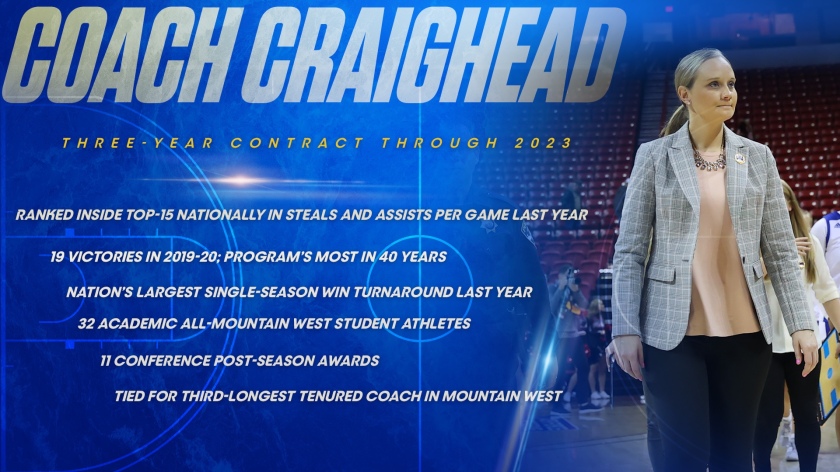 San Jose State University Director of Athletics Marie Tuite announced Monday that they have reached a three-year contract extension with women’s basketball head coach Jamie Craighead. The extension will run through the 2022-23 season.

Craighead led SJSU to 19 wins during the 2019-20 campaign, the most wins in 40 years for the program. The 2019-20 team also made it to the MWC Tournament semi-finals for the third time in program history and posted the nations largest single-season win turnaround.

The Spartans finished in a tie for third place in the Mountain West which was remarkable for a team that was picked to finish in last place (11th).

The 2020-21 season will be Craighead’s eighth season at the helm of the Spartans. SJSU will also have 11 returning players with the addition of 4 newcomers, two of which are transfers and two true freshmen.