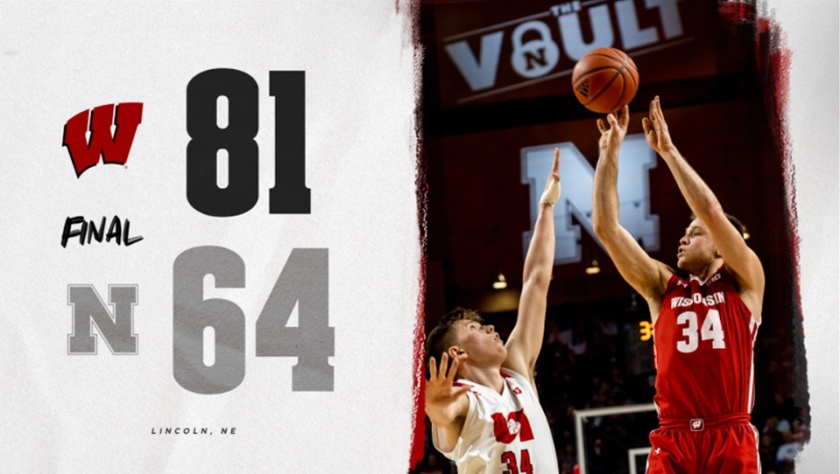 The University of Wisconsin men’s basketball team went to Lincoln and did what they absolutely had to do, get a win, beating the Cornhuskers 81-64. It’s the first win away from Madison for UW since January 11th when they won at Penn State.

Davison finished the game with 30 points (8-for-11 from 3), that matched his point total for the previous five games combined.

D’Mitrik Trice, playing his best ball of the season of late, was good again. Trice finished with 15 points, going 5-of-6 from beyond the arc. Trice also had five assists and no turnovers.

UW opened up the game when they went on a 20-2 run in the second half. Davison and Trice either scored or assisted on every basket during that run.

This was a game the Badgers absolutely needed to have because had they faltered, it would have put a bad loss on the NCAA Tournament resume. The win puts the Badgers at 15-10 overall and 8-6 in Big Ten play. It’s the first time UW has won consecutive games since beating Penn State and Maryland in January.

Wisconsin returns home to the Kohl Center on Tuesday when they’ll host Purdue. Tip-off is set for 6:00 PM (CT) and will be aired on ESPN.