The calendar read January instead of November. But that was the only difference when it mattered on Sunday compared to when the Green Bay Packers went to Santa Clara, CA two months ago and lost 37-8. This time, though, the beatdown the 49ers put on the Packers — 37-20 — ended Green Bay’s season.

To me, the bad tone was set when the Packers forced the 49ers to punt on the games first possession, then when the Packers had the ball, fourth-and-one at midfield, Matt LaFluer elected to punt. To me, that was real bad and set a bad tone and wasn’t a fan of them punting it in that situation.

When the Packers fell down 17-0, they wanted to run the ball? Do what you do best to start the game!

The Packers defense looked like they were in quick sand because the outside runs killed them all night.

There were a few horrific calls against the Packers, but those calls had absolutely nothing to do with the final outcome of the game.

Aaron Rodgers on the loss:

“It’s a little raw right now. This season felt like something special because it didn’t make sense. It kind of felt like it was meant to be.”

Rodgers also later in the post game presser added: “I feel like we’re going to be on the right side of one of these soon.” 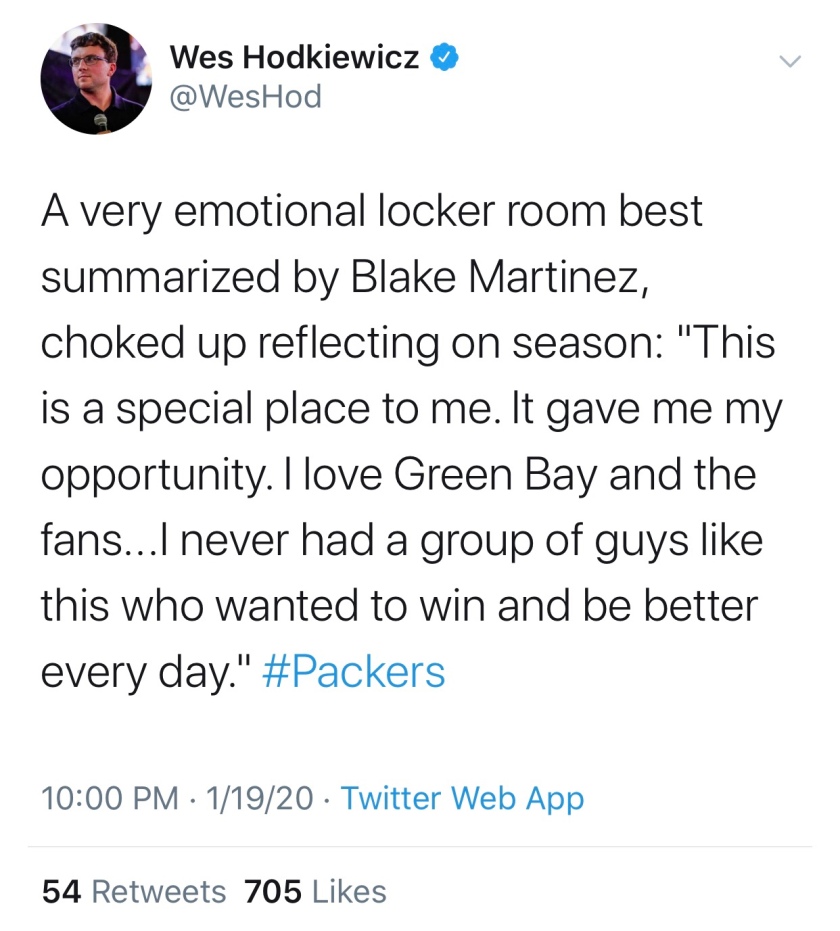 Several Packers may have played their final game in the green and gold uniforms. Bryan Bulaga, Mason Crosby, Tramon Williams and Blake Martinez are all unrestricted free agents.

Bars are still open in Wisconsin for another two hours….good luck to the people bartending.