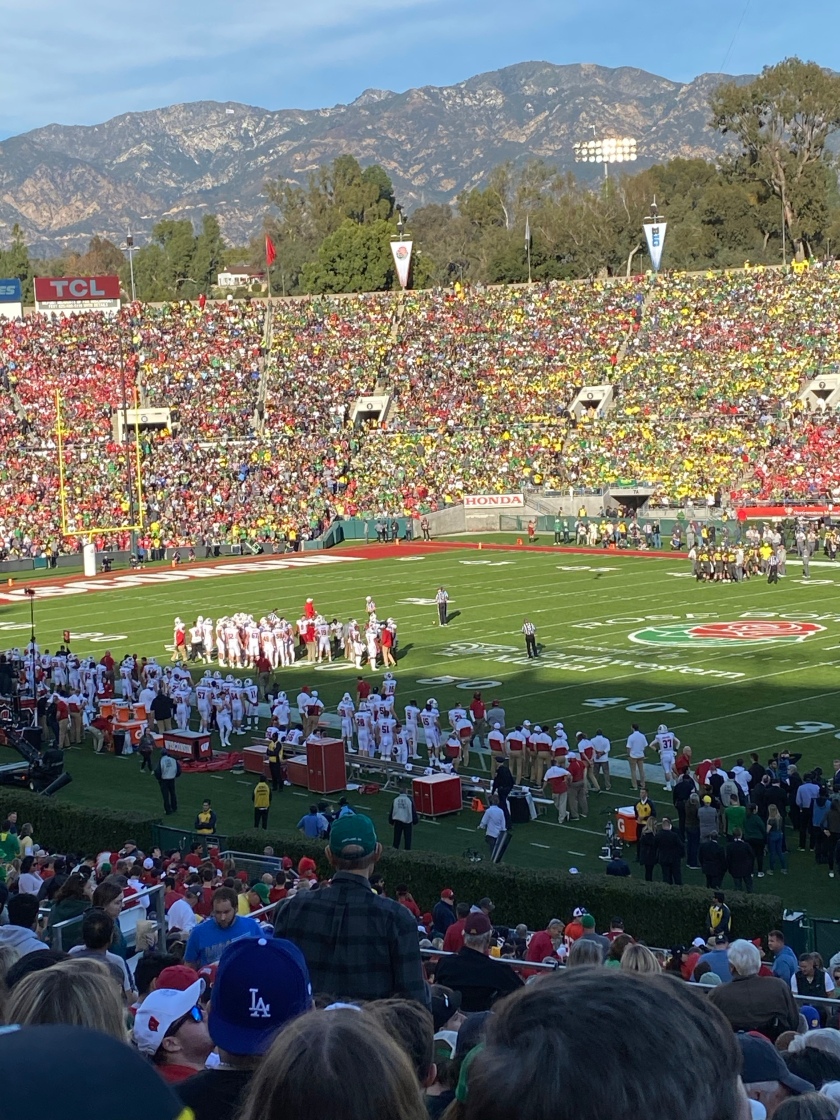 Wisconsin turned the ball over four times and committed nine penalties (although some are up for debate) as the Badgers lost to the Oregon Ducks 28-27 in the 106th Rose Bowl.

Jonathan Taylor didn’t have any vintage moments, but he was still a huge part of UW’s offense. Taylor had 137 total yards, but did have one fumble.

Jack Sanborn was a stud for the defense and led the team with seven tackles for a unit that held Oregon to just 204 yards. Sanborn also had an interception.

Aron Cruickshank was the best special teams player. He was once again explosive, returning a kickoff for a touchdown — his second of the season — and another return for 47 yards.

The refs had a brutal night with calls, spots, etc., but the worst was the offensive pass interference penalty on Danny Davis late in the game that wiped out a UW first down. It was almost universally panned as a horrendous call (unless you’re a Ducks fan) and left Coach Chryst livid.

Officiating contact downfield requires patience because once a decision is made, consequences can be critical. In the #RoseBowl, the contact between the WR and DB is mutual (hand-fighting). IMO this doesn't rise to the level of a foul by either player.pic.twitter.com/13yJPscBg5

As bad as the officials were in the game, ultimately the four turnovers is what did UW in.

As Paul Chryst said after the game “we couldn’t overcome ourselves.”

I’ve finally arrived at my final metaphor for the game … the Badgers shot themselves in the foot, the leg, the shoulder and the stomach. They were in the ambulance with a legitimate chance of survival, and then the refs drove the ambulance off a cliff.

I hate to see it end this way for the Badgers. But I loved how they played so hard for each other. Love how they go about their business, and carry themselves on and off the field. It’s been a privilege to watch.

Several Wisconsin players have decisions to make on whether to return to school or turn pro. Quintez Cephus said he has not made a decision and had no timeline of making one. Tyler Biadasz said it was not the right time to talk about his potential decision. Cole Van Lanen told reporters he would make a decision in the next few weeks. Jonathan Taylor wasn’t asked whether he’ll return or go pro, but he’d expected to turn pro.

Players have until January 20 to decide.