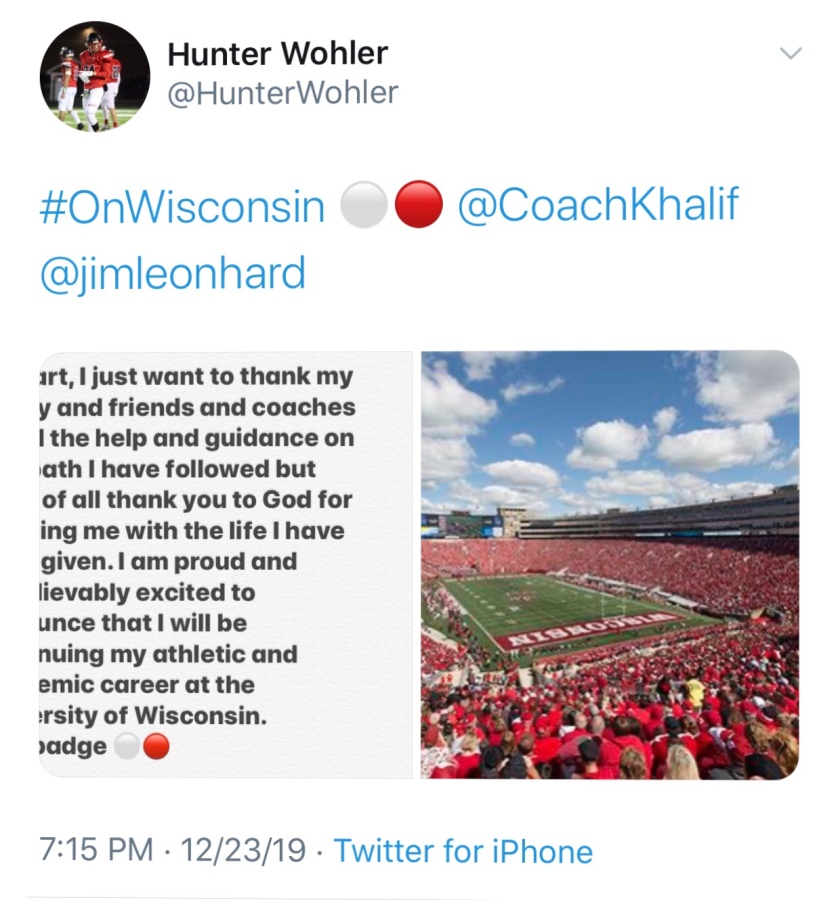 A four-star recruit, the 6-foot-1, 180-pound Wohler is ranked as the No. 2 player in the state of Wisconsin. The 247Sports Composite has him as the No. 7 safety in the country and 241st-best player in the nation.

With the commit, Wisconsin now has three four-star recruits in its 2021 recruiting class. It leaves the class ranked No. 5 in the country and No. 2 in the Big Ten.