The University of Wisconsin Men’s Basketball team overcame a slow start to route McNeese State 83-63 at the Kohl Center tonight. 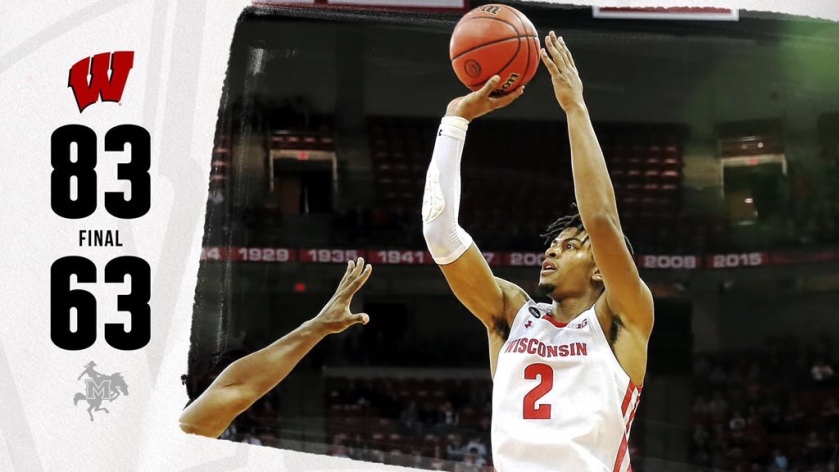 Brad Davison scored 14 of his game-high 24 points in the first half, including a jumper right before the buzzer to give the Badgers a 37-34 lead at the half. He came back and played even better in the second half which helped Wisconsin pull away. Davison’s 24-points were the third most in his career and the most since late December of last season.

With Kobe King sitting tonight out with an injury, walk-on Junior Walt McGrory was the first guard off the bench and he didn’t disappoint. With everyone other than Davison struggling to knock down shots in the first half, McGrory hit three of his five shots in the first half, including a three pointer. Coming into the night, McGrory had scored 11 points combined in his first two seasons. He finished with a career-high nine points in a career-high 24 minutes.

Junior Nate Reuvers battled foul trouble all night and played only 20 minutes with only seven of those minutes coming in the second half. That forced Aleem Ford to play the Center position and he battled foul trouble too. With Micah Potter out, at least for now, seven more games (wake up NCAA), UW doesn’t have the depth up front to deal with either guy not being on the floor for long stretches of time.

After struggling from beyond the arc the first two games of the season and the first half of the game tonight, the Badgers opened the second half shooting 7-for-8 from three point range.