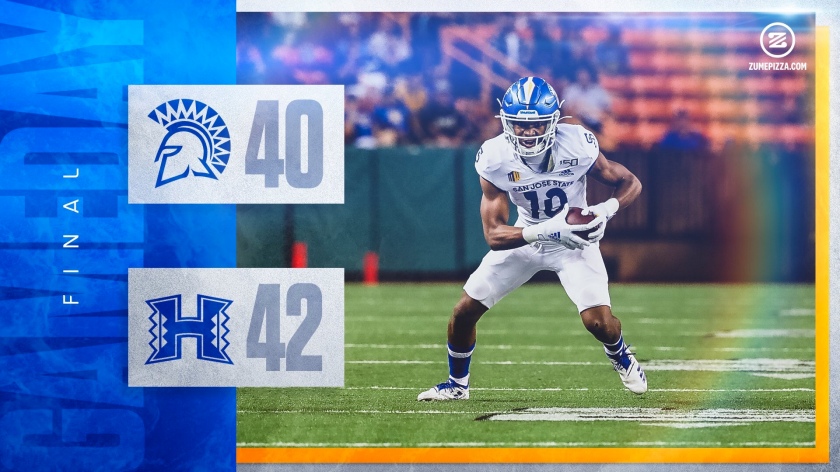 It was a wild game in the first edition of the Dick Tomey Legacy Trophy game between the San Jose State Spartans and the Hawaii Rainbow Warriors at Aloha Stadium.

Neither team punted the ball in the entire game. The difference was Hawaii scored touchdowns on every offensive possession they had, except one when they had a turnover. The Hawaii defense was also able to show some resistance and force SJSU into kicking four field goals.

San Jose State had their most efficient running game of the season with 122 rushing yards. DeJon Packer led the way with a career-high 112 rushing yards including two first half touchdowns.

The loss leaves the Spartans with a 4-6 overall and 1-5 Mountain West record. SJSU has a bye next week then will travel to Las Vegas to play UNLV and then host rival Fresno State the following week to finish the regular season. SJSU needs to win both games to be Bowl Eligible for the first time since 2015.