The Wisconsin Badgers men’s basketball team opens the season tonight against 20th ranked Saint Mary’s at the Sanford Pentagon in Sioux Falls, South Dakota. It’s the first time since 1995 that UW has opened the season against a ranked opponent. 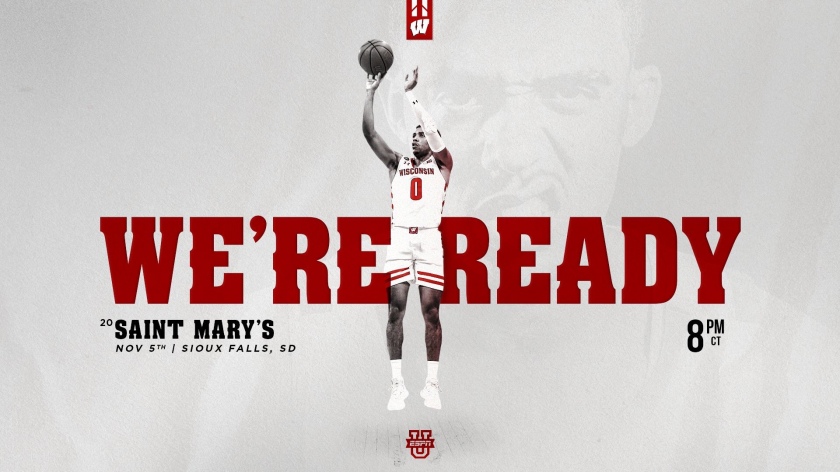 The post-Ethan Happ era starts tonight for the Badgers and looks to build around the strong Sophomore and Junior class.

This will be a low scoring, low possession, grind-it-out game. Saint Mary’s was 348th out of 353 Division 1 teams in tempo last season and Wisconsin was 325th.

The UW offense will be much more free flowing with the loss of Happ and will have five perimeter scorers on the court at all times. The Badgers will be able to rely on their defense as well, even without Happ. The Badgers were a top 10 defensive unit last season and won’t falter too far off with the subtractions of Ethan Happ and Khalil Iverson.

The Gaels can be very stingy on the defensive end as well and they return 88.2 percent of their scoring from a season ago. Jordan Ford is the one who gets SMC going on the offensive end.