The University of Wisconsin has added two big time recruits in the 2021 class.

The first to announce his decision was Chucky Hepburn from Bellevue, Nebraska, who took to Twitter to share the news. 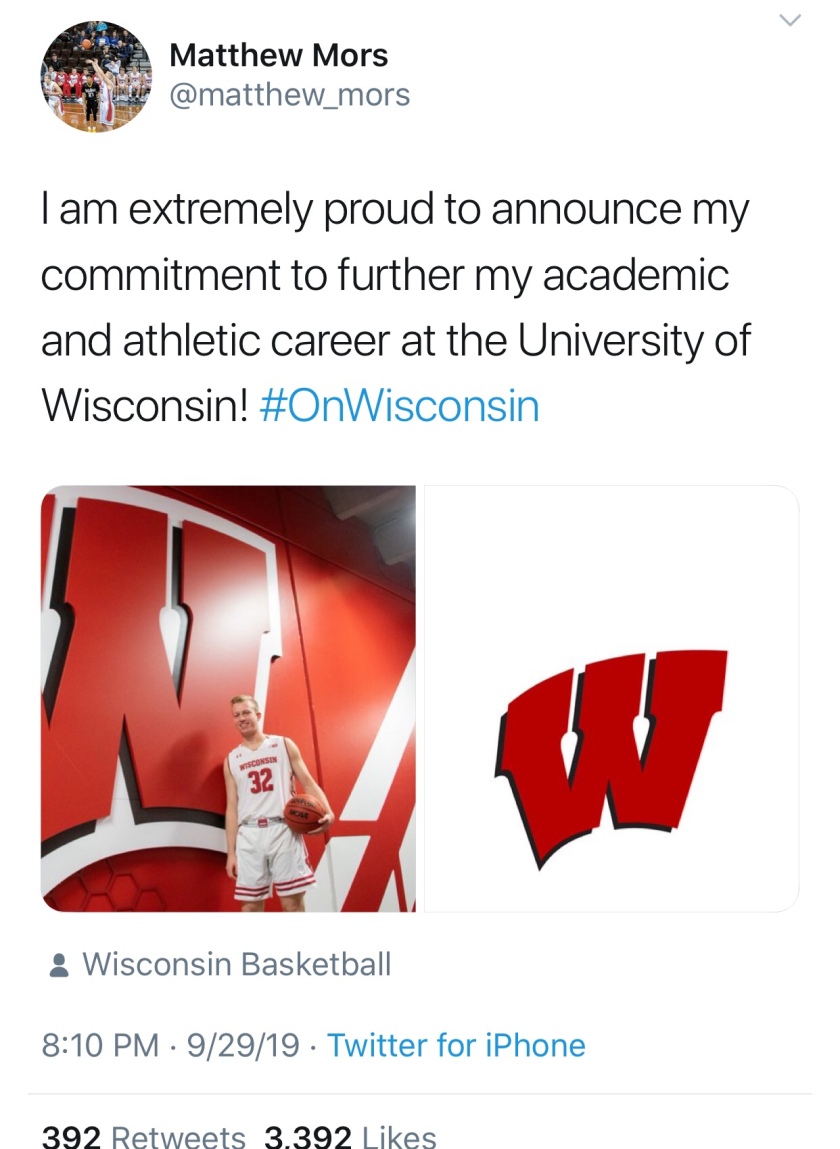 The 6-foot-1 Hepburn is a 4-star recruit, according to 247Sports composite. He chose the Badgers over offers from Nebraska, Minnesota and Creighton.

Hepburn is rated as the No. 2 player in the state of Nebraska and 23rd best point guard in the country.

Mors had been on UW’s radar for a long time. The 6-foot-7 forward is ranked as the top player in the state of South Dakota and 22nd best forward in the country. He chose UW over offers from Creighton, Colorado, Iowa, Iowa State and Nebraska.

Mors and Hepburn joins four-star power forward Chris Hodges from Schaumburg, Illinois in the Badgers class that is ranked No. 1 in the country.