Jack Coan will start for the Wisconsin Badgers in the Pinstripe Bowl next Thursday. The news was first announced by Coan’s father on Twitter last night and UW head coach Paul Chryst confirmed that this morning. 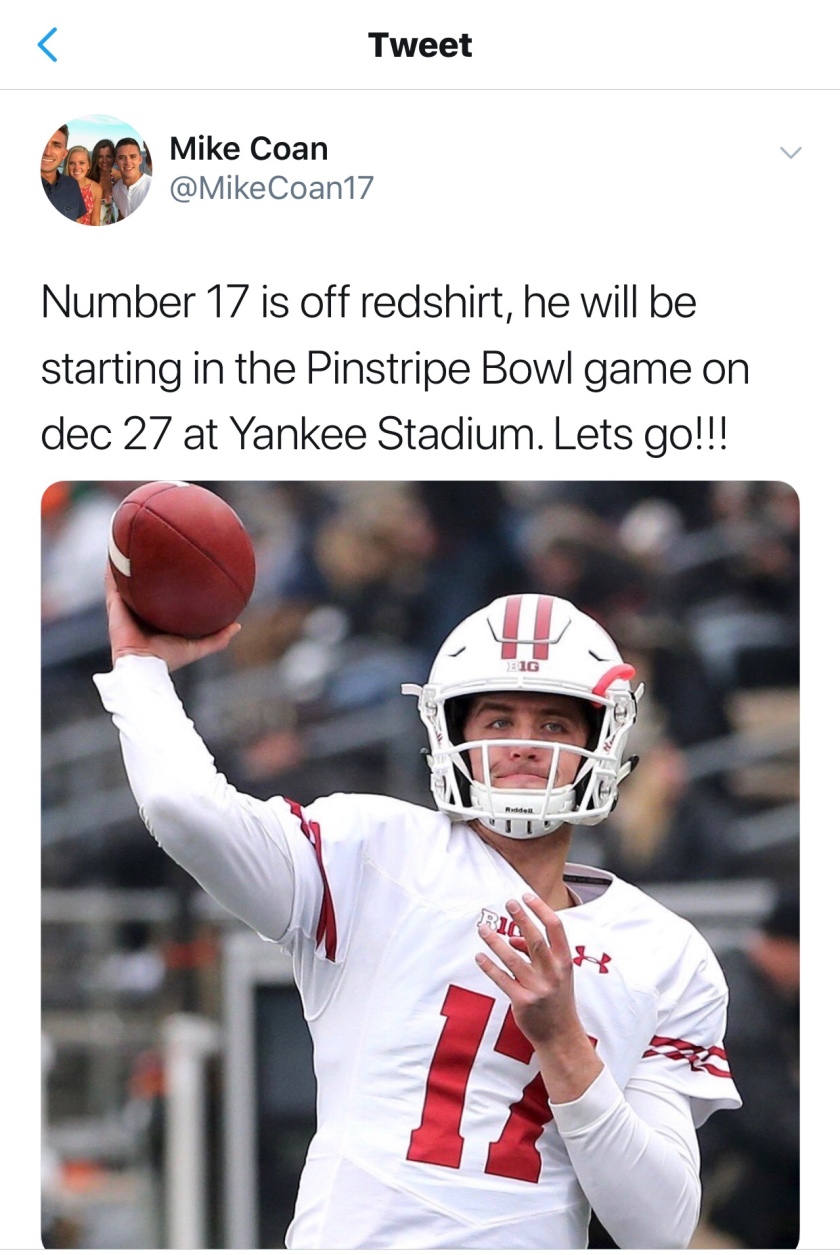 Per NCAA rule, Coan could have appeared in as many as four games in the 2018 season and come back in 2019 as a redshirt sophomore. The Pinstripe Bowl will be Coan’s fifth game (fourth start), which means Coan will forfeit his redshirt this season.

Chryst said the decision was based on junior quarterback Alex Hornibrook’s health.

“Alex really did participate in a couple weeks of Bowl practices, and then had some reoccurring occurrences, and we’re going with Jack,” Chryst said.

As a true freshman in 2017, Coan appeared in six games completing all five of his pass attempts for 36 yards. In 2018, his sophomore campaign he’s completed 50 of 82 attempts for 442 yards, four touchdowns and two interceptions.

Chryst did say it’s too early to talk about Alex Hornibrook’s long term health and potential to play moving forward.